Everything can change in the mind of the passenger before the flight: lightning strikes the plane, the plane flies into a flock of birds, or turbulence causes shocking moments. To get rid of unnecessary fears, our pilot expert introduces you to the background of the expected and unexpected events that take place during the flight.

A few years after graduation, I was surprised and at the same time quite proud to receive the news that my former student had finally become a pilot, as this is not very common, but it is not just any achievement. Gábor Brenkus already crossed the sky with a glider in 2008, since 2016 he has been a commercial pilot. As he puts it, he was once struck by the kerosene vapor, he was captivated by the milieu of aviation, and since then he has not been able to get rid of it.

He believes that everything that we experience here on earth, in everyday life, is obviously different than in the air, where the plane shakes, there is turbulence, and unusual sounds are heard. This may all be new to the traveling public, but the more it is repeated, the more we get used to the environment.  If someone is afraid of flying and that makes them a little more excited, it’s worth reading up on things, there are plenty of articles and videos that tell you why you don’t have to be afraid of flying. Orientation will most likely help. In accordance with this, he himself shares important and interesting information with the readers of Dívány.

When it’s worth changing the beaten path to the untraveled

“In aviation, we talk about four types of turbulence: mild, medium, intense and extreme,” Gábor Brenkus begins his explanation of the biggest mum. “The latter is rare, but airplanes can tolerate it, although it can obviously cause inconvenience. Of course, everyone tries to avoid flying into the layers of air where there is turbulence. There are some that can be counted on, for example in the clouds created by convective updrafts, and then we can already develop a tactic, even reactively, during the flight. In such cases, we prefer to ask the control for avoidance vectors so that we don’t fly into that environment.”

“Of course, there is unavoidable turbulence, but airplanes can handle it, and we can also intervene to make this feeling of turbulence as mild as possible,”  continues the specialist. “Obviously, it’s not pleasant for anyone, and from the point of view of the parameters of the airplane, the primary thing is not to have a lot of turbulence, because it can cause discomfort. We’re constantly working to come up with something to avoid it.”

Can you drive into a pothole in the air?

“Turbulence can be created not only by whether or topographical phenomena but also by the eddies left by another aircraft, this is the so-called wake turbulence”, introduces our expert. “They mostly occur when we come into land behind a larger, wide-body plane (Jumbo or Airbus A380), and then these larger planes tend to leave larger vortices when landing. But at that point, everyone is already seated in their seats, so this should not be a problem. It doesn’t happen very often at cruising altitude, but if we see a chance, because for example there is an A380 in front of us and it’s going exactly the same route, and the contrail it’s dragging is coming towards us, then all we can do is ask for direction for an evasive maneuver, and we avoid that section by 3-5 miles.”

If the separation is not adequate, it is very rare that one plane will fly into the vortex that is separated from the other, which can be so intense that the plane will turn 45 degrees and give up the nose in seconds. It is worth imagining this with an ordinary, “earthly” example: we are driving on a high-quality road, and then suddenly we drive into a huge pothole, which, accompanied by a big knock, almost knocks the steering wheel out of our hands. Gábor Brenkus heard of a single case where a flight attendant pushing a trolley ended up on the ceiling due to a detached vortex, fell from it, and suffered a fracture accident.

He adds that handling these vortices has recently become a very fashionable topic in training, and there are already some types of aircraft that can handle these situations without automatics. Automation can help in such cases, for example.

Not only the pilot can be a good leader, but also the plane itself

In addition to turbulence, lightning strikes can seem scary to passengers, but there is no reason to worry in this case either.

“A certain type of cloudiness can usually be associated with lightning,” explains Gábor Brenkus. “If we see that this danger exists, of course, it’s not worth taking off. But when we see a thunderstorm cell already in the air, where there is any possibility that not only turbulence, but even lightning can happen, then everything must be done to avoid it. There are situations where this is not possible, such as terrain or air traffic. If for some reason lightning strikes us, the fuselage of the aircraft acts as a very good conductor, a Faraday cage, and thus the instruments and the interior of the aircraft remain completely intact .”

The public traffic pilot also highlights other aspects of lightning: “There are unpleasant feelings related to lightning, especially if it happens at night, in which case you may be dazzled and blinded, as it is accompanied by such a light effect that it causes a shock for a moment. There are techniques for this too, we turn on the lights to the maximum in the cockpit, so we can minimize this risk.”

The lightning causes pinpoint impacts on the outside of the plane, but according to the expert, it can be safely stated that the plane will be able to continue flying.

The ideal pilot and the ideal passenger

According to Gábor Brenkus, there is no pressure on a pilot due to the presence and number of passengers. For the pilot, the passenger is a value, how the take-off weight, behavior, position, or center of gravity of the aircraft changes because of it.  “It’s the same mentality, the same way of thinking if you take an empty plane from A to B as if you have 230 passengers on board. Our work and responsibilities are practically the same.” He adds that automation plays a huge role in today’s aviation, but obviously the systems have to be managed, the plane doesn’t take off by itself when you press a button. In general, especially in the summer, 10 times out of 10, the plane lands with the pilot flying it manually. Nothing demonstrates the need for good pilots more than the case of “Sully” Sullenberger in 2009 when he landed his plane safely on the Hudson River after colliding with a flock of birds.

During the flight, it is important that the passengers also do everything they can to ensure a smooth and trouble-free journey. What is a good passenger? “He gets on the plane during delivery and immediately takes his seat, sits where he needs to, puts his luggage in the hat rack, and as soon as he has a chance, he lets the next passenger on to do the same,” says the specialist. There are destinations where the traveling public is not so cooperative with flight attendants. They always have some problem, something to complain about, which delays things. This puts us at risk of not being able to start on time, for example.”

“The ideal passenger is someone who wants to travel,”  sums up public transport pilot Gábor Brenkus.

THE PERFECT FRUIT THAT REPLACES BOTH BODY LOTION AND FACE CREAM 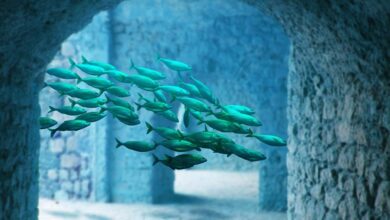 The Largest Aquarium in the World – 5 Best 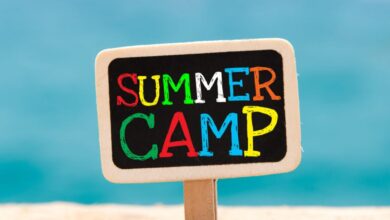 Why are summer camps so expensive? 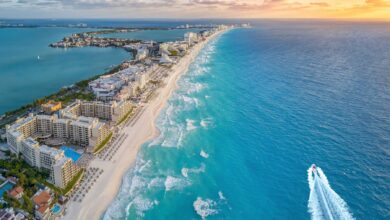