If you follow financial news, you’ve probably come across the term “fiat currency.” You’re already using it, despite how fancy it sounds! So, what exactly is a fiat currency? Is it the same as regular money? Let’s look into it.

What Is a Fiat Currency?

Fiat currency is government-issued money that is not backed by a physical commodity, such as gold. Fiat money’s materials are also worthless; consider US dollar bills, for example. However, as legal tender, it is recognized by the law as an acceptable method of paying debts, taxes, and other financial obligations.

Fiat currency gives central banks greater control over the economy because it is not backed by commodities. Printing too much money, on the other hand, can lead to hyperinflation.

The first evidence of a fiat currency system was discovered in China in the 11th century. At least 775 fiat currencies have been created since then. Less than 200 are still in use today.

A fiat currency has a life expectancy of 27 years on average. The British pound sterling, which dates back to 1694, is the oldest fiat currency still in circulation today. It is not a success story, despite its longevity. The pound sterling had lost 99.5% of its original value by 2011.

How Does Fiat Money Work?

The world’s current monetary system is based on fiat money. A government-issued national currency is not linked to any physical commodity under the fiat money system. Instead, its value is determined by how well a country’s economy performs and how well those in charge manage it.

Fiat money has no intrinsic value. As a result, they’re useless outside of their primary function as legal tender. The value of a national currency is determined by public trust. People will not lose faith in it as long as its purchasing power does not fall significantly in a short period of time.

Central banks also control the amount of money in circulation. The monetary policy allows these institutions to manipulate the money supply, inject liquidity into the market, and set interest rates in order to steer the economy in the desired direction.

The fiat currency system allows central banks to print money out of thin air whenever they want. They usually do so in order to gain access to more funds without raising taxes. Governments in countries with large, strong, and stable economies may also borrow to spend beyond their means.

What Is the Difference Between Commodity Money, Representative Money, Fiat Money, and Cryptocurrency?

Over the centuries, the world has seen a variety of monetary systems. Many have failed, some have succeeded, and a few are either on the verge of collapse or in a position to permanently alter the financial system.

Physical commodities are used as currency in this monetary system. The most successful examples have been precious metals, particularly gold and silver.

Gold and silver share some characteristics with fiat currencies. They are, however, excellent wealth stores. The entire world believes in their worth because of their long and solid track records.

Because of scarcity, gold and silver never lose their monetary value. Because they are difficult to find in large quantities in the wild, their demand has historically outpaced their supply.

Unfortunately, commodity money is vulnerable to inflation. The entity that controls it, like in a fiat economy, can intentionally devalue to increase the currency supply.

To make more money, governments melted gold and silver coins and mixed them with less valuable commodities like copper. However, once consumers and merchants realized what was going on, the purchasing power of the newly minted coins plummeted.

This monetary system, also known as commodity-based money, allows the use of items with no intrinsic value (such as paper bills) as currency as long as they are backed by a commodity of unquestionable value.

On-demand, holders of representative money could exchange it for the commodity backing it.

The gold standard emerged from the representative money system. It did away with the need to use gold coins in everyday transactions. People could instead use bank-issued gold certificates as claim checks for the physical gold they owned.

Representative money was supposed to keep inflation at bay because the currency supply couldn’t be greater than the amount of the commodity in banks’ custody. Unlike the fiat currency system, representative money did not allow policymakers to print more money as needed.

Following World Wars I and II, European countries depleted their gold reserves by financing their military efforts and importing foreign goods. As a result, by the mid-1940s, the United States controlled 75% of the world’s gold reserves.

730 delegates from 44 allied countries agreed to set fixed exchange rates between their national currencies and the US dollar to help stabilize the postwar global economy. In this case, gold would serve as the foundation for the greenback’s value. This arrangement enabled the world to recover economically while Uncle Sam benefited from favorable exchange rates on its own currency.

However, gold’s role as a currency stabilizer diminished as the United States took advantage of its unique ability to print money. It dumped more dollars into the market than its gold reserves could support.

For the past 50 years, the world has been free of the gold standard. Representative money, on the other hand, is still in use in the form of financial instruments such as checks.

So, what exactly is fiat money? As previously stated, fiat currencies have powered today’s financial world since 1971. That’s when US President Richard Nixon decided to decouple the US dollar’s value from gold.

The agreement, however, did not specify a gold reserve ratio. As a result, the US could print more money to create more fiat cash. It allowed the country to borrow money by selling US Treasuries to investors instead of accumulating more gold.

The rest of the world took notice and realized that more US dollars could destabilize the financial system. As a result, other countries converted their dollars into gold in order to increase their reserves. Because there were more US dollars in circulation than gold bars in the vaults, the US would have run out of gold before paying everyone who wanted to redeem their US dollars.

To keep the international financial system and the US economy from collapsing, President Nixon had to untie the US dollar from gold.

Fiat money became the norm at that time. Currency exchange rates that fluctuate have become the norm. In addition, gold has been adopted as an inflation hedge and has been demoted as a safe haven. It is now a type of investment that gains value when the economy suffers.

The value of this type of currency relative to one another is determined by free-market forces in the current money system.

Cryptocurrency is a type of digital currency created and stored on the blockchain. It operates on a decentralized network, keeping it out of the hands of the government.

The term “crypto” refers to the practice of making readable text unintelligible to unauthorized parties. However, the term “currency” is a bit misleading because not all cryptocurrencies function as money. Cryptocurrencies can be classified as coins or tokens. Tokens are built on top of existing blockchains, whereas coins have their own.

Cryptocurrency supporters see it as a positive force. Cryptocurrencies exist to challenge commonly held beliefs about money and to provide an opportunity to contribute to the improvement of the current financial system and fiat economy.

Decentralization is the goal of this type of currency. Participants on the networks can verify whether transactions are legitimate without having to trust one another. They advocate for a rule-based system with no rulers.

More than 9,600 cryptos had been launched at the time of writing. They have a combined market value of more than $2.3 trillion. To trade or purchase these digital assets, you can use leading exchanges to convert fiat into cryptocurrency.

How do cryptocurrencies stack up against traditional currencies?

Bitcoin is designed to be similar to digital gold, but much scarcer. As a result, it has the potential to be the ultimate wealth store and a viable alternative to the fiat dollar.

Ethereum, Cardano, and Polkadot are blockchain platforms that lay the groundwork for decentralized finance (DeFi). DeFi refers to financial services that are not controlled by a single entity, such as a fiat bank.

Many cryptocurrencies are used as mediums of exchange on specific platforms, similar to how fiat currencies are considered legal tender. The number of businesses that accept cryptos in addition to fiat payments and pay employees with them is growing. However, digital assets are not yet as common as fiat money.

Pros and Cons of Fiat Currency?

So, what is the purpose of fiat money? How has it fared as the world’s monetary system for the past half-century? Can it maintain its position in the long run?

Here are the advantages it has brought to the table, as well as the disadvantages that could put an end to its reign.

The following are the arguments in favor of fiat money.

The following are some of the arguments against fiat currencies.

In 2009, the Southern African country’s inflation rate reached 231,000,000%. Zimbabwe’s Reserve Bank even printed Z$1 trillion in banknotes. To buck the trend, the government was forced to use multiple foreign currencies.

Hyperinflation did not strike either country overnight. It was the result of years of mismanagement of fiat currency. Before things went bad in Zimbabwe and Venezuela, annual inflation rates were in the double digits.

While the United States has not been as bad as Zimbabwe or Venezuela, 35% of all US dollars ever printed entered circulation in the ten months leading up to December 2020. The consequences of the United States’ massive money-printing activity may be felt sooner rather than later.

Fiat money has made it extremely simple for wealthy countries to borrow and spend more than they earn. As a result, the global debt after 2020 will be $277 trillion. Most countries owe money to themselves and foreign entities, but the United States leads the pack with a $28 trillion national debt.

Because the world has never been so indebted, no economist can predict what will happen when this unprecedented financial bubble finally bursts.

According to history, all fiat currencies collapse and return to their intrinsic value of zero. The US dollar is no exception, and it may be nearing the end of its life.

There is no denying that the drawbacks of the fiat money system are too severe for the status quo to continue for another half-century.

While it is still in its early stages, cryptocurrency represents hope for the financial system for those who understand it. It will also be interesting to see how it can cushion the blow to national currencies as the current money system collapses. 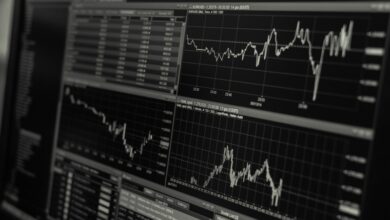 Is Hugosway a Legit Platform for Trading 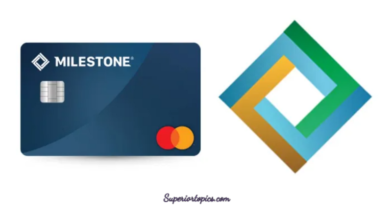 Milestone card login: How to Pay With Milestone Credit Card

Featured Posts
Is a Blow Hair Dryer Brush Good for Your Hair?
6 seconds ago