The man who would become the father of liquid fuel rocketry was demonstrating his new technology, Nov. 6-9, 1918, at Aberdeen Proving Ground, Maryland. The military was hoping to see advanced weaponry to use in World War I. The previous month, Goddard had reported on his progress and the upcoming demonstration, to his financial supporter, the Smithsonian Institution.

In the report, he discussed the various rocket projectiles and launchers he had developed, as well as the piston-loading and explosive-loading features of his guns. One, a solid-propellant device, was the “forerunner of the bazooka,” according to “Robert H. Goddard: Pioneer of Space Research” (DaCapo/1988).

“In 1915 and 1916,” said “Dark Side of the Moon” (Norton/2009), “Goddard approached the U.S. Naval Consulting Board and the Smithsonian Institution for funding, emphasizing military applications to the first and scientific to the second.”

At Aberdeen in 1918, the military’s reaction was: “This will revolutionize warfare,” nearly midway through the four-day demonstration, Goddard penned in his diary, (reprinted in “The Papers of Robert H. Goddard Vol. 1”/McGraw-Hill/1970): “Germany surrendered today. Streets crowded, people with tin horns and flags.” The armistice was official on Nov. 11, the war was over, and the military had no immediate need for weapons.

Six-and-a-half years would pass until, on March 16, 1926, on his Aunt Effie’s farm, Goddard “successfully tested the first rocket using liquid fuel,” nasa.gov documented. The website called the achievement “as significant to history as that of the Wright brothers at Kitty Hawk.” No film of the launch exists because the rocket weighed more than the initial thrust required for liftoff, and so he had to burn extra fuel to even the weight before the launch could occur. By then, the film in the camera that Goddard’s wife Esther was shooting with, had spooled completely through to the end. The 10-foot tall rocket shot to 41 feet in altitude, then “arced, plummeted earthward and slammed into a frozen cabbage patch 184 (feet) away,” all in 2-1/2 seconds, said time.com.

Goddard’s neighbors paid more attention to the launch than the media because his rocket shattered the rural, peaceful Worcester, Massachusetts. He summed up the event in his diary: “The rocket did not rise at first, but the flame came out, and there was a steady roar. After a number of seconds it rose, slowly until it cleared the frame, and then at express train speed, curving over to the left, and striking the ice and snow, still going at a rapid rate. It looked almost magical as it rose, without any appreciably greater noise or flame, as if it said, ‘I’ve been here long enough; I think I’ll be going somewhere else if you don’t mind.’ ”

Three years later, a newspaper described Goddard’s July 17, 1929 launch of an 11-foot rocket. The headline declared: “Moon Rocket Misses Target by 238,799 ½ miles.” While that vehicle carried a parachute, a camera, thermometer, and meteorological instruments – the first to do so – neighbors heard the roar two miles away, thought one of those new-fangled airplanes had crashed, and telephoned authorities. Police quickly deduced Goddard was the culprit. While he was heavily criticized, even in foreign publications, Popular Science magazine did telegraph a request for photographs.

The New York Times was perhaps Goddard’s most vociferous critic. The paper said he lacked “the knowledge ladled out daily in high schools.” In the vacuum of space, the Times said, the rocket had nothing to push against to achieve flight. The Times finally apologized, but only after Apollo 11 landed on the Moon. By then, Goddard had been dead for nearly a quarter of a century.

Born on Oct. 5, 1882, Goddard was a sickly child who once sent off a letter to H.G. Wells after reading “War of the Worlds.” He spent a lot of time in bed devouring books on science, in effect self-educating himself. The story is told that one day Goddard decided he could make diamonds from graphite, and set about doing so in the attic. The resultant explosion caused a servant girl to scream in fear of her life. His parents encouraged him to give up diamond making.

Goddard came about his curiosity naturally; his father, Nahum, was a welder who invented a machine knife to cut rabbit fur. On Jan. 25, 1915, Goddard wrote in his diary: “It’s appalling how short life is, and how much there is to do one would like to do.” He was teaching physics at Clark University in Massachusetts when he published “A Method of Reaching Extreme Altitudes,” postulating that more easily controllable liquid fuel could sufficiently propel a vehicle to the Moon. To do this, Goddard had to invent technology, such as the pumps and nozzles that fed the fuels to the engine. His major benefactor was the Smithsonian, with partial underwriting from the Carnegie Institute and Clark University.

It was aviator Charles Lindbergh who suggested the Goddards move to New Mexico, and helped him secure a $100,000 Guggenheim Foundation grant. Lindbergh was familiar with the region because the United States Army had contracted with him to identify locales nationwide to build air bases. Goddard, time.com said, had been told New Mexico was a place where “the land was vast and the launch weather good, and where the locals … minded their business.” In 1930, he and his team set up shop at the newly purchased Mescalero Ranch. Esther, 20 years her husband’s junior, was the team’s photographer, cinematographer, and note keeper.

Goddard was 63 when he died from throat cancer on Aug. 10, 1945. A month later, the first wave of German rocket engineers arrived in the United States, immigrating via Operation Paperclip. Goddard “is credited with 214 patents, with 131 filed after his death,” said siarchives.edu.3 “On May 1, 1959, the National Air and Space Administration (NASA) established the Goddard Space Flight Center in Greenbelt, Maryland, in his memory.”

The epidemic has spread all over the internet 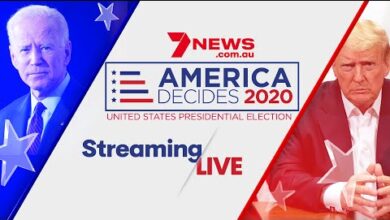 How to get started in quantum computing in 2021:
1 week ago